Move with Joy (or, Buying a Bike)

I mentioned before that my partner and I are doing Noom, and it’s still going great. They use a lot of psychology, and some of the recent talk has been around moving with joy.

They list things like leaping around and dancing, but none of those things particularly fill me with joy, so I had to think and ask myself what kind of movement brings me joy. Moving is moving, and moving is enjoyable, but joy? That’s a tall order.

But when I thought about it for a minute, the answer was obvious: riding a bike.

I rode when I was a kid, of course, but as an adult, I started riding in about 1985, when I lived in Topanga Canyon in Los Angeles. I bought a mountain bike, which was still a relatively new contraption, and I started riding up the steep canyon hills and on the fire roads in Topanga State Park.

Eventually, I expanded down to the oceanfront, and when I was at my peak, I would ride from Topanga to Palos Verdes, about a 70-mile round trip and a lot of very, very steep hills (on the Topanga leg).

And that was the bike that first brought me to the desert. In 1988, Noel, Trevy, and I started throwing the bikes in the van and heading to Joshua Tree every couple of months.

The southern part of the park was pretty deserted back then, so we had the run of the place. Knowing what I know now about the desert ecosystem, I cringe at remembering some of the riding I did here, but I was uneducated and falling in love with the habitat.

During a move in 2008, I sold the mountain bike at a garage sale. I had a Trek Lime auto-shifter for a while, and it was a decent city bike, but I always regretted selling my original Diamond Back mountain bike.

So yeah, here I am thinking about moving with joy, but having no bike to joy around on! So the other day I remedied that and am now awaiting the imminent delivery of a Schwinn Wayfarer. 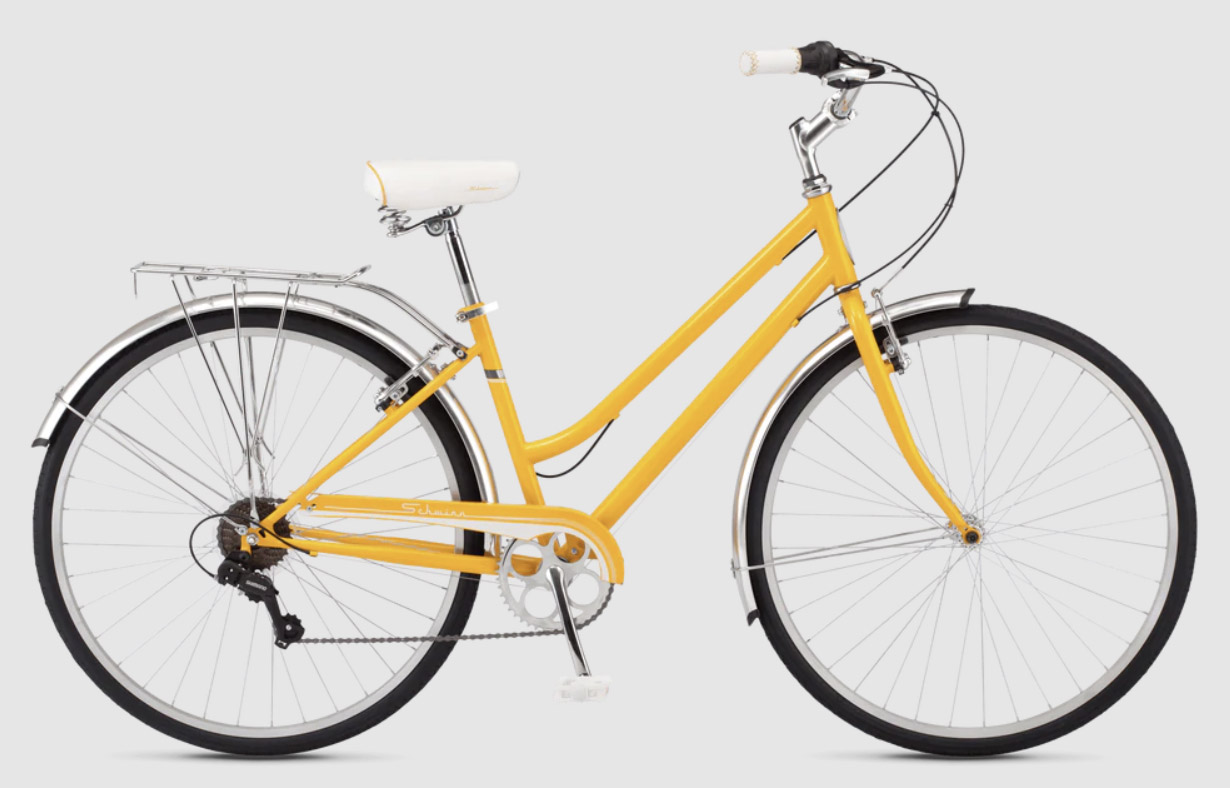 A casual road bike, for sure, but I’m a casual road kind of person these days. My bones and ligaments would object to the type of riding I used to do.

Actually, they wouldn’t object. They would revolt. It’s important to know yourself. 😉

I didn’t want to buy used, and the supply chain issues (that should be the phrase of the year) mean that a lot of new bikes are sold out or unavailable. That’s how I landed on this particular Schwinn.

I haven’t had a Schwinn since I was eight years old. But I dig this one aesthetically, and hopefully it will be a fine enough machine for my needs.

So to say I’m looking forward to pedaling around my desert neighborhood is an understatement. It’s long overdue. And it will be joyful.