Let Fury Have the Hour, Anger Can Be Power (or, It’s Sometimes Difficult to Let Go of the Shitty Parts of Yourself) 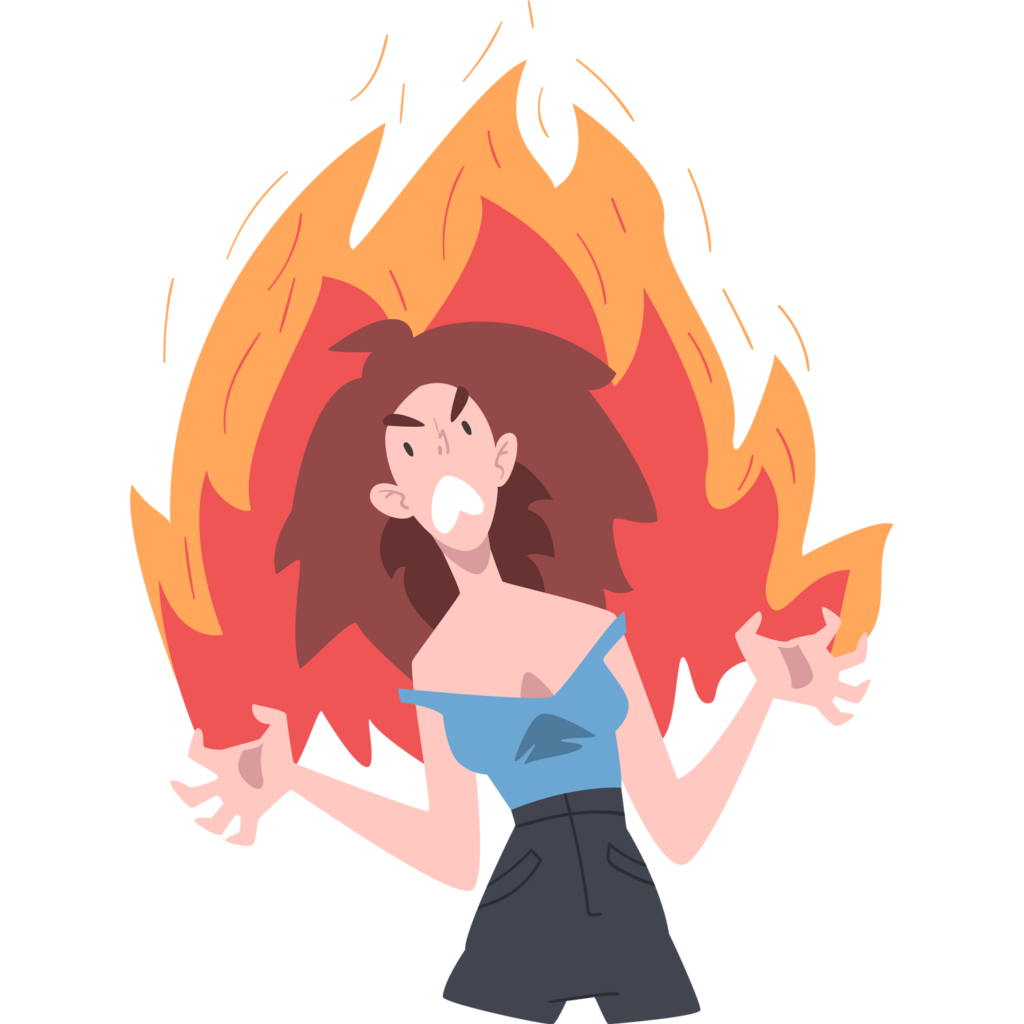 Have I mentioned that I used to be an asshole? Oh, I have? Many times? Good, so we’ve established that.

This hormone replacement therapy, though, really flip-flops your clip-clops, if you know what I mean, and I find myself far less angry and much less abrasive than I used to be. It’s also made me more emotional. Like, a lot more. About everything.

Yesterday at work, someone said something condescending, presumptuous, and rude to me (or at least that’s how I read it). The old me would have jumped all over that. “You think you know me, you condescending, presumptuous, rude bag of dog shit? I’ve been doing this since you were at your mother’s teat! If you disrespect me in front of our peers again, I’ll clobber ya!” etc., etc. Okay, maybe not the clobbering part. But yeah, imagine an unpleasant cartoon character. That’s essentially what I was.

That was sport to me, though, talking like that. Insults were my currency, and I was wealthy. I had a bottomless bag of insults and unpleasantness and was generous with their distribution. Like I said, an asshole.

I’ve been on hormone replacement therapy for 21 months (why am I counting it in months like a newborn baby’s age?), and my outlook on many things is changing. The defensiveness, anger, and insults? I don’t see the point in any of it anymore, I don’t get it, and I’ve come to regret many (many) things I’ve said over the years. Now I can see that anger at the world for what it was; my sadness, longing, disappointment, and insecurity. All of it related to the neverending job of keeping who you are a secret.

In spite of the many changes for the better that I’ve been lucky enough to experience, I’d be lying if I said that I didn’t feel – for just a second – the old steam rising in me again the moment I read the rude comment.

It rose in me because that’s how I used to interface with the world, through anger and negativity. It was the only tool I had to make my wants or needs known, or to assert my rights. I used that tool for half a century, so bits of it still fester inside me here and there. It’s unavoidable. They just don’t consume me anymore.

So that momentary glimpse of the old anger was understandable, but it surprised me and made me feel gross. As well as happy that I’ve realigned myself for the most part. And the realignment continues, because immediately after the bile went away, I felt sad, and on the verge of tears. Ha ha. That’s my life now, crying at everything and nothing.

But I’ll take random, continual tears over being the caustic, unpleasant windbag that I used to be. I took up a lot of space in the world for a long time and didn’t use that time or my place in that space well. But I’m still here, so there’s time to be a kind person and enjoy life.

As for work, what can you do? Sometimes people are going to condescend, talk down, and mansplain, and I don’t suppose that will ever stop happening.

However, full disclosure, aside from a stray comment here and there (mostly from the same person), the place I work (Kinsta! It’s called Kinsta!) is a marvel to me. It’s the most positive, supportive work environment I’ve ever enjoyed. Don’t let this isolated-incident post cast any shade on that.