From the Concert List: 1978 JAN 21 – Ramones (with The Runaways) – State Theater, Minneapolis

I loved the Ramones. When I brought their first album home in April of 1976 it was a revelation. It’s difficult to appreciate now just how utterly and uncompromisingly different it sounded at the time.

But this isn’t about the Ramones. It’s about The Runaways.

The first Runaways album came out a month before that first Ramones album, and the Runaways had a much greater personal impact on me. They were teenage girls (older than the ages printed on the album cover but still teenagers) and they had put out an album! It was almost unbelievable.

Think about what kind of third or fourth-class citizens young girls are now (or let’s face it, women in general). Well, it was worse back then. Much worse. So to see what they’d accomplished was amazing.

And they were playing rock and roll! Their brand of rock and roll was about to become obsolete (ironically the Ramones drove the first stake), but they couldn’t have known that, none of us could have. The music on that first Runaways album was pretty simple, so it gave me hope.

As a young wannabe guitar player, hearing something on a record that wasn’t super accomplished or stuffy twaddle like Emerson, Lake, and fucking Palmer was wonderful. The simplicity and the attainability were inspiring.

The other thing that was incredibly inspiring and hopeful to me was the fact that they were girls.

Even though I wasn’t outwardly manifesting it at that time of my life, I was a teenage girl. My mind, my spirit, my everything was them. So I identified. And I really identified with Joan Jett. She was everything I wanted to be. I had admired male musicians when I was a kid, but I never wanted to be them. I wanted to be Joan Jett.

So while I loved the Ramones, it was The Runaways I was excited to see that night, and they didn’t disappoint.

They were touring to promote their album Waitin’ for the Night, their first without original lead singer Cherie Currie. I’d always found Cherie’s vocals and presence to be overly showtune-fake-dramatic and corny, so I thought the band was much better without her. 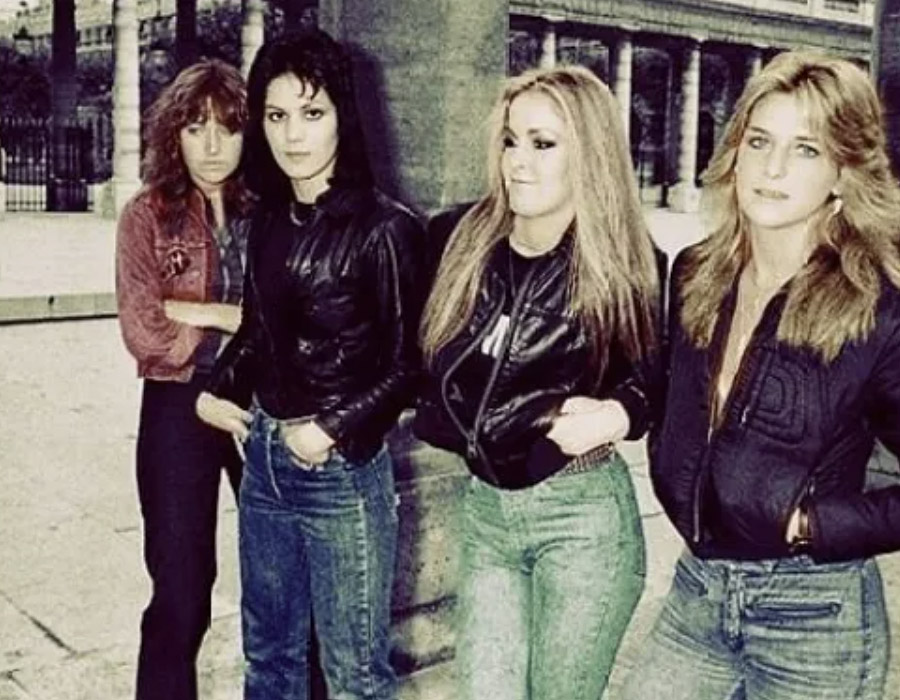 I don’t remember much about the show except Joan kicking Vicki Blue in the ass with her giant platform boot at one point and yelling, “Move your ass!” I wasn’t in the first row or anything, so Joan had to really be yelling for me to hear that.

It’s a funny memory, and weird that it’s the only really vivid memory of the show that I still have, but so it goes. It was a long time ago. She wasn’t telling her to move out of the way, she was telling her to move like a rock star. Joan and Lita knew how to do that, new girl Vicki did not. Ah well. 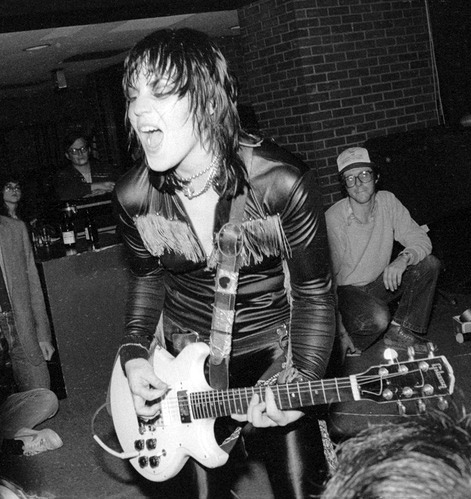 The next time I got to see Joan was in 1981, with the Blackhearts at the Minneapolis bar Duffy’s.

I staked out a spot right in front of her microphone stand and stayed there until the show was over.

I was so close that I could have reached out and touched her leg, but I didn’t, because I’m cool, and grabbing people while they’re performing is definitely not cool. I’ve been grabbed on stage and it’s terrifying.

I was so close that 20 minutes into the show I found myself in a kind of Joan Jett sweat rain shower. Which sounds really disgusting now, but at the time I didn’t think anything of it. I probably enjoyed it. It was Joan, after all.

I could also hear her singing! Not out of the PA or monitors, but from her mouth to my ears. It was wonderful. It was sweaty. It was rock and roll in its purest, most heartfelt form.

And that’s always what Joan has represented to me. Pure rock and roll.

I would ultimately veer away from that hard rock world and run off to play in reggae bands, but I’ve always maintained a huge amount of respect and admiration for Joan Jett, and I will for the rest of my life.

Some footage of the Ramones from the Minneapolis show is available in this news story. It’s annoyingly interrupted with almost comically misinformed narration about “punk,” but it’s kind of a miracle it even exists, so…